At a recent dinner party in Greenwich, Conn., Topic A was not stock futures or boarding school, but something decidedly less tony: ticks.

Jill Kargman, the author, actress and creator of the Bravo show “Odd Mom Out” who was there, said the anxious conversation reflected a growing phobia of diseases borne by the arachnid among her set, with invasive nightly checks of spouses and children — limbs spread, hair frantically raked — now as routine as brushing teeth. 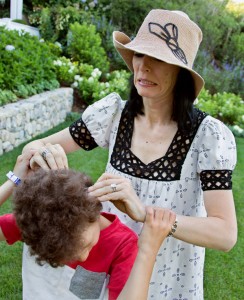 “I go into a Lyme panic, since my kids love to play Roll Down the Hill,” said Ms. Kargman, 40 and a mother of three, describing repeat visits to the Nantucket Cottage Hospital emergency room for drugs (doxycycline, the antibiotic of choice for Lyme disease, is now oft-nicknamed “doxy”), after spotting the telltale bull’s-eye rash that sometimes heralds it.

Another guest at the party, Emily Stern, 40 and a mother of three, received a diagnosis of ehrlichiosis, a tick-borne illness, several days after attending a barbecue on July 4, which has only amplified her vigilance. 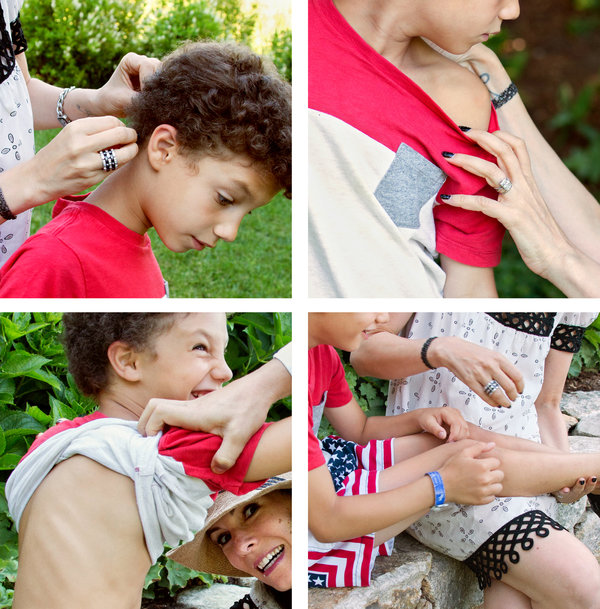 “That’s the cocktail party conversation: ‘Is it brain fog or is it Lyme?’ ” said Ms. Stern, a psychologist. “It has that feeling of an epidemic. It’s so on the forefront of everyone’s thinking.”

Just when you think you have your summer rituals down (preferred toenail shade, weekend house rosé, truly effective sunscreen), there’s suddenly one more, decidedly unpleasant item to add to the list: the tick check. And you really should keep the routine there until fall’s freeze, when ticks stop biting. Don’t forget to check the dogs — or the horses — either.

In July, the Centers for Disease Control and Prevention announced that Northeastern counties with “high incidence” of Lyme had increased by more than 320 percent from 1993 to 2012. The C.D.C. estimated in 2013 that the number of Americans with a diagnosis of Lyme disease annually is about 300,000.